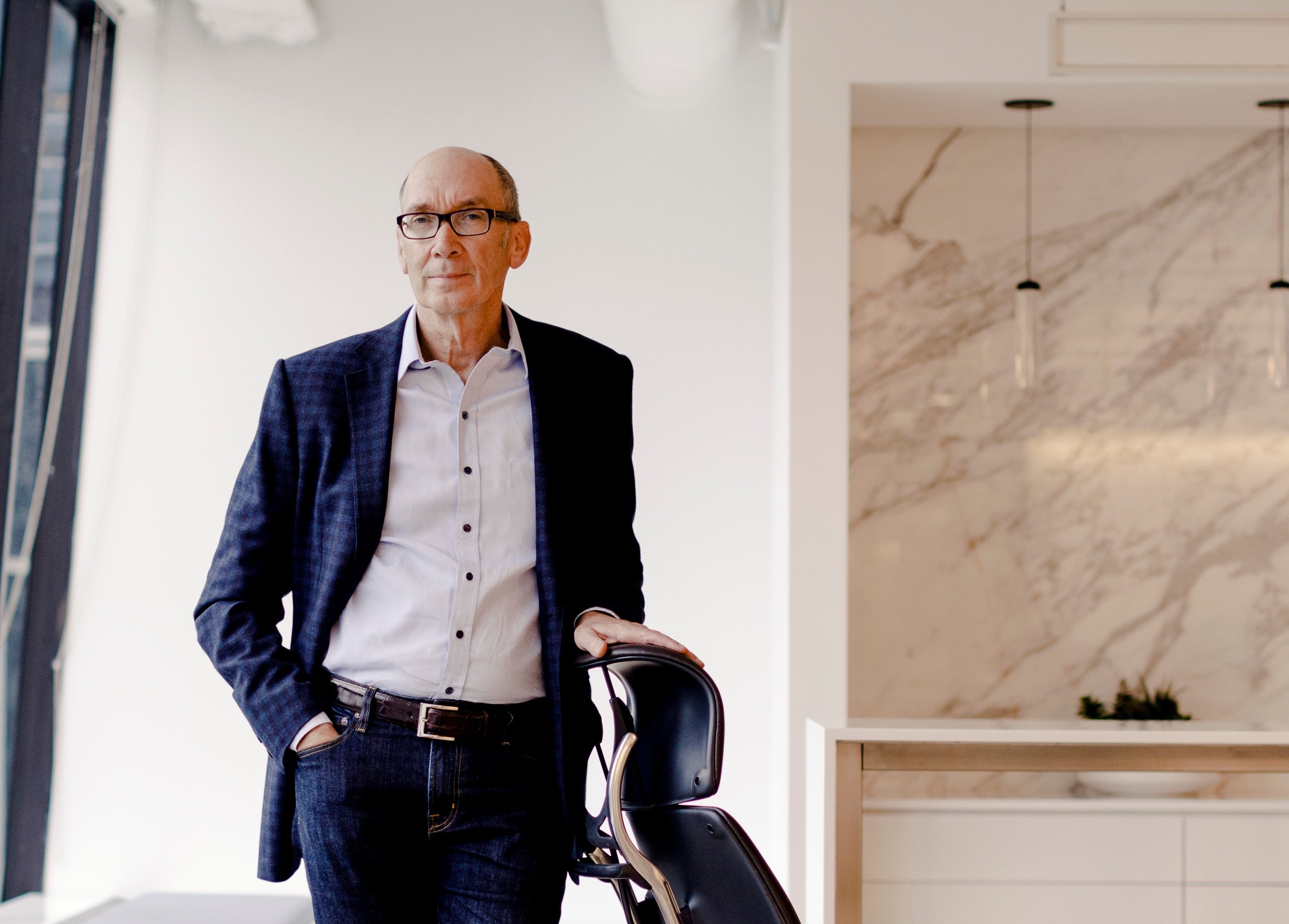 Why comfort is critical to workplace well being
If there’s one thing the last year has taught everyone who has been working from home, it’s the importance of a good chair.

Bob King, CEO of Humanscale, tells us how he introduced ergonomic office products to workplaces as a young entrepreneur, and how that led to a business that has transformed the comfort and health of thousands of office workers across the globe.

New Jersey-born Bob King spent much of his youth exploring woods, fishing in rivers and looking for indigenous artifacts in creeks.

“My grandfather and brother taught me a lot about nature and I fell in love with it,” he says. “Today I’m an environmentalist and a conservationist. I believe we need to protect our planet and the creatures that live here. That’s something that’s shaped my life a great deal and it’s part of who we are as a company. From the beginning, the company has always done things the right way from an environmental point of view.”

Bob studied economics and admits that he was “not as diligent as he could have been” but one thing he was very focused on was distance track running. The training taught him an important lesson about life, he says: “It’s not what happens on a given day but over time that matters.”

He went on to complete an MBA and then joined a computer company as a sales representative. The work led him to stumble on the idea for his first business and, in 1983, he set up a company that made computer anti-glare screens.

“I had a friend who was unemployed at the time and we realised we could make these things on a screen-printing machine like you use to print T shirts,” he says.

They started the business on a shoestring, with barely enough money for office furniture and made makeshift desks from saw-horses topped with doors. Bob then had his first experience of poor-quality seating:

“We went to a cheap local store and found some wire mesh chairs that were under five dollars,” he says. “You could get a cushion but that was another two dollars so we just bought the chairs. On the first day, we found that when you stood up you had a wire mesh imprint on your behind and it was really painful, so the next day we went back to the store and bought the cushions.”

It soon dawned on Bob that there was a lot more his company could offer customers than just anti-glare screens:

“In the eighties and nineties, all of a sudden people got computers on their desks. No one said here’s where it should go and here’s where your keyboard should go – they just plopped it down and said there you go, so as a result people had all kinds of musculoskeletal issues. People were adjusting their bodies to their work – so there was a huge opportunity to improve that situation.

“We needed to develop a small and targeted product mix that would help people work more comfortably and allow them to work in a healthier way so they didn’t have issues.”

One of the first products Bob came up with was an adjustable keyboard support. “It was designed to allow the keyboard to adjust to the human rather than vice-versa, but we found that no one adjusted the damn thing even though it came with instructions! We then had a new mechanism designed that didn’t have any knobs.”

The company also came up with a monitor arm but Bob noticed everyone was still hunched over their desk like a jockey.

“I asked them all the same question, ‘How do you lean back in that chair?’ and I always got the same answer, ‘It’s one of these levers or knobs down here – I think I have the instructions somewhere...’”

It confirmed for Bob how important simplicity is in the design of a product. “If something isn’t really easy to use, it doesn’t get used.”

The end result was Humanscale’s Freedom chair launched in 1999. The chair uses a recline mechanism developed by designer Niels Diffrient that adjusts to the user, without the need for cumbersome levers and dials.

“It became a big success for us and solidified our brand as being about simplicity and ease of use – and that’s what we’ve always been about,” says Bob.

The work from home environment

One of Humanscale’s current focuses is on working with employers to help employees create a healthy work-from-home environment.

“Working from home today is kind of what it looked like when I first started in the business in the eighties,” says Bob. “People are working on counter tops, hunching over. They have workstations on coffee tables that are eighteen inches high. We’ve seen some horrific situations that are ultimately going to lead to injuries and long-term chronic issues.

“Some companies have been giving employees a thousand dollars to buy work-from-home stuff but they are not necessarily buying the right stuff, so we have developed a software program that takes them through a survey and at the end it indicates the type of things they probably need.”

Bob is a firm believer in an eventual return to the office: “The office provides huge benefits. It allows people to talk to each other and pump up ideas. It avoids silos as in modern offices people move around. There are collaborative spaces so that people are constantly in contact with people from other departments and that’s hugely important. Without an office like that, it’s very hard to instil the values you have in staff.”